Mike Dilger from The One Show joins the Brinsea celebrations!

Brinsea Product Ltd celebrated 40 years of egg incubation with a party at their factory in Weston-super-Mare. Guests included Brinsea’s suppliers, breeders and poultry club members from across the country. Brinsea was incorporated on 1st October 1976 after engineer Frank Pearce bought three goose eggs and tried to incubate them in a tea chest heated by a light bulb and wondered why the eggs didn’t hatch. His research and subsequent incubators were the catalyst for what was then known as Brinsea Engineering.

Over the last 40 years Brinsea Products has grown to be the world leader in egg incubation technology manufacturing a wide range of egg incubators, hatching accessories and small animal intensive care units. Brinsea has held more patents for incubation technology than the rest of the small incubator industry combined, including the introduction of the world’s first Contact Incubator.

In August Brinsea launched 12 brand new incubators, the Mini II, the Maxi II and the Ovation 28 and 56 ranges. These were all on show at the party with eggs hatching and guests were invited to go on a tour of the factory where they saw the new incubators being made, the product testing area, the Research and Development Department and the warehouse where orders for the new incubators are about to be shipped to Japan, Australia, Kuwait and New Zealand.

Guest of honour was Mike Dilger, broadcaster and naturalist who is the BBC Wildlife reporter on The One Show, Inside Out and the author of several wildlife books. Mike is a patron of Secret World Wildlife Rescue based in Somerset and he donated two Brinsea TLC-40 intensive care units to the charity which were presented to them on the day.

A giant chicken made a special appearance, a raffle raised £108.00 for hedgehog charities and Brinsea staff donated a cheque to the Salvation Army from a fund-raising office tuck shop. Long service awards were presented to four members of staff who had clocked up over 15 years each – in one case 37 years! 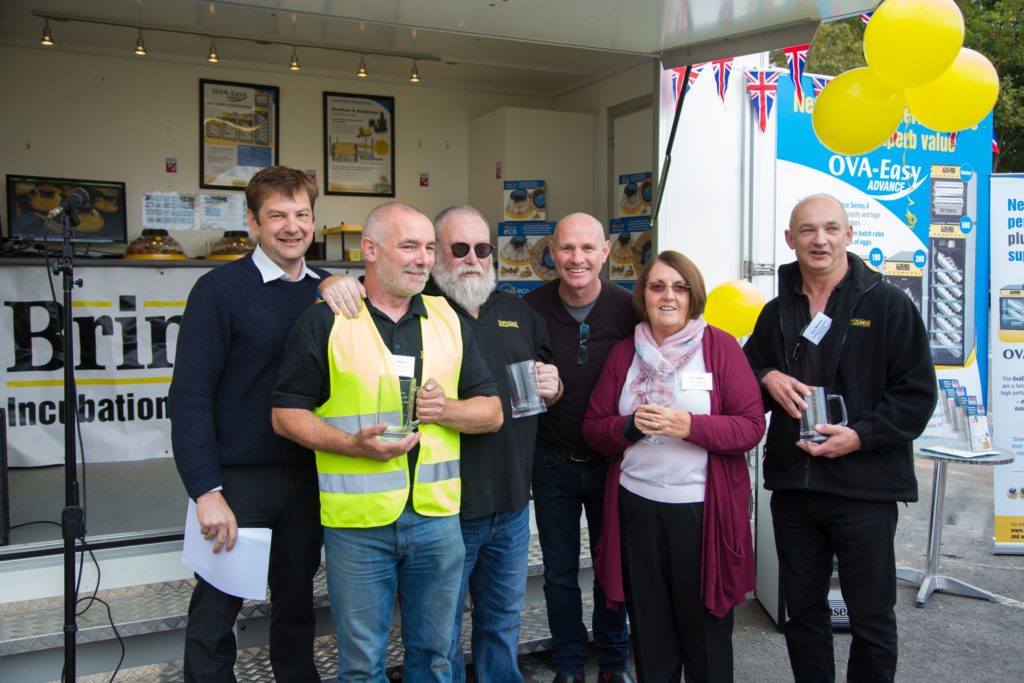 Long service awards were made to four members of the Brinsea staff.

Brinsea incubators are the best, and their customer service is exceptional. I would recommend them to anyone. It's one thing to have an excellent product but makes all the difference to have the support...

Brinsea all the way. Not just because it's cracking equipment that's safe. But it's a uk business too. And you've gotta spend money in the uk if you can. Well done to you guys for being market...

Read full testimonial
I buy Brinsea because they are a reliable and trustworthy brand. I know what ever I buy, I will get the best results. Price comparision to other leading brands is second to none for the quality of the...