As specialists in egg incubation, Brinsea have worked closely with many bird of prey breeders since the 1990’s to optimise the incubation of these rare and valuable birds. One result has been Brinsea’s patented contact incubation models which mimic the natural nest and warm the eggs by contact – just like the parent bird. This approach leads to improved vein development in early stages of incubation and stronger chicks. 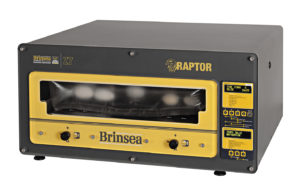 Brinsea’s Z7 Raptor Contact Incubator is the latest to receive acclaim from the most discerning of breeders and builds on the success of the earlier X8 and Z6 Contact Incubators but with improved turning and an integral contact thermometer which allows the user to monitor egg temperatures more accurately. 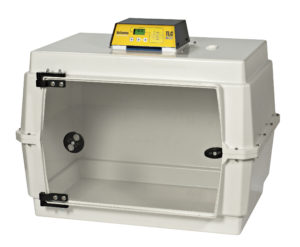 Newly hatched raptor chicks require frequent feeding and a temperature controlled environment and Brinsea TLC-40 Advance and TLC-50 Advance are provide the ideal environment for this with their antimicrobial plastics and wipe-clean surfaces.

Brinsea’s TLC-50s are absolutely vital as part of our captive breeding program. They provide a suitable substitute environment to successfully raise chicks for release into the wild to restore declining numbers of the endangered Karearea or reintroduce into areas where the Karearea population is currently extinct. As the only centre in New Zealand that specifically deals with birds of prey, every year we also receive falcon, morepork and harrier hawk chicks that have been injured or abandoned and require extra care in the TLC units until they are strong and able to self-regulate their own body temperature. We are currently expanding our captive breeding program however and we need more TLC-50 units to cope with the extra numbers without compromising our ability to take in young chicks from the wild. Wingspan National Bird of Prey Centre, New Zealand

Leave us a review - or two!

Dear Sir This letter is not a complaint – it is the opposite. Having bought an Octagon 20 Advanced from Countrywide in Bourton on the Water on 8th August, I phoned you to ask if the dividers and instruction...

Read full testimonial
Just wanted to send you this card as I'm so pleased with how kind you've been to me with helping me hatch my eggs from this new incubator, there's not many helpful people like you out there! The update...