Marcus Burke visited the Highland Show with his dad and was thrilled to see the Brinsea exhibition trailer in the Countryside Arena. His dad told Fiona from Brinsea that Marcus’ knowledge and enthusiasm for breeding had been restricted by the size of his current machine and he was on the lookout for a new incubator. Marcus explained how his interest in poultry led to him starting his business called MB Poultry. ‘I got into chickens around 4 years ago. It all started when one was on the loose in my back garden and my Dad told me that if I could go out and catch it he would let me keep it and I did. I bought another five including Isa Browns and Bluebells. For the first two years all I did was sell my eggs to my neighbours and my gran, then on my third year I decided to start breeding and selling hybrid pullets, rare breed and bantams.

My dad then built me a shed and MB Poultry started. I now buy in around 150-200 day old mixed hybrid chicks and sell them to the general public. A couple of months after that I bought myself a small incubator to hatch duck eggs etc. but I was hatching too many eggs and didn’t have a big enough incubator so I went along to the Royal Highland Show and that’s where I met Fiona from Brinsea Products. I decided I wanted a 40 egg incubator but my dad advised me to get something bigger so I did and Fiona gave me all the help I needed and I ended up buying a 190 OvaEasy Advance egg incubator all with my own money.’

We telephoned Marcus a couple of months later to see how he was getting on with his machine, He reported that he had hatched Silkies, Light Sussex, Rhode Island Red, Geese, Buff Orpingtons, hybrid point of lay chickens, quail, Indian Runner ducks, 2 miniature Silver Appleyard ducks, 4 Silkies, and 100 mixed hybrid pullets. ‘It’s the best thing I have ever bought!’ Marcus said it helped his decision to buy Brinsea speaking to a real person, and he had confidence with Brinsea’s three year guarantee.

Markus has recently purchased another Brinsea incubator, an OvaEasy 380 Advance and his business continues to go from strength to strength. 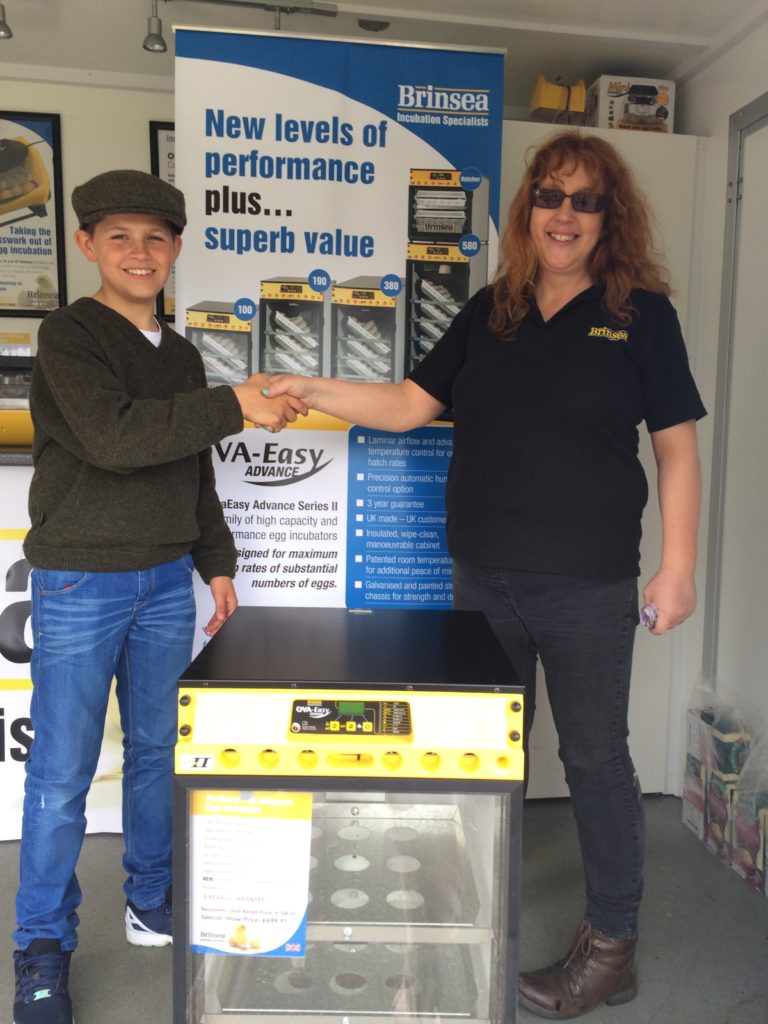 It has been a pleasure doing business with your company. It’s a pity that not all companies have the same high standard of service as your company has.

Read full testimonial
When I decided to buy an incubator and sure it was the first time I was getting one - I thought of Brinsea... why did I think of Brinsea? I was looking for organic food for chickens and I saw this cute...

Read full testimonial
Now whilst I’m not a big fan of corporate advertising or product placement I have to give credit where credit is due. Yesterday Tom broke the element in my Hatchmaker with five day old chicks in it....